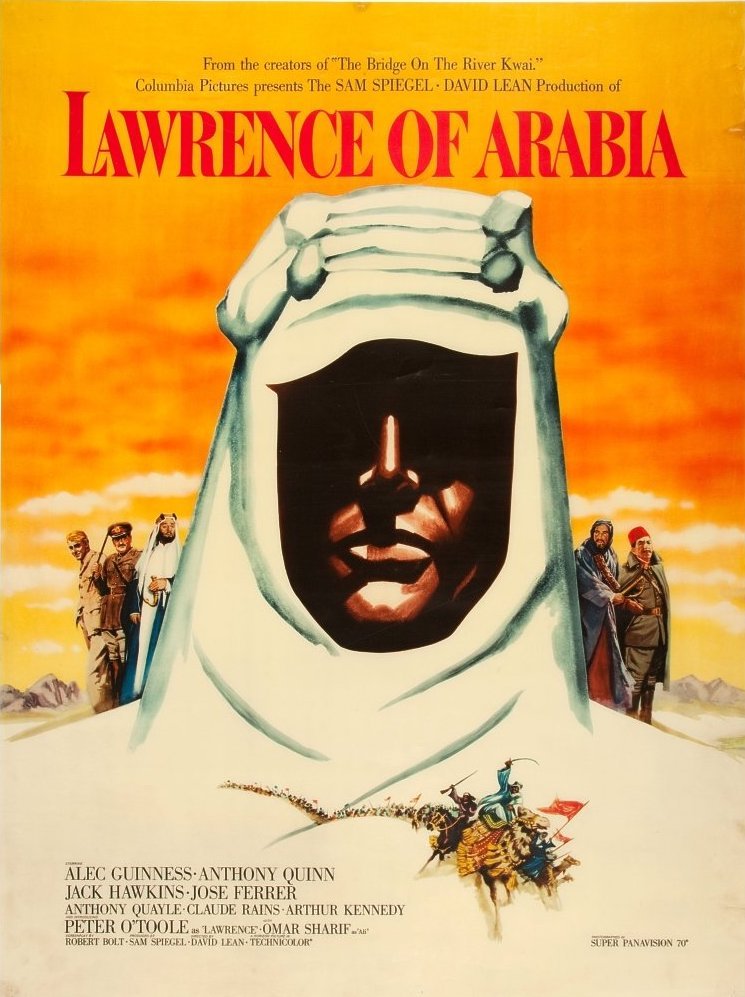 Production for Lawrence of Arabia began in Feburary of 1960. Shooting began in Jordan in May, 1961 and continued until the end of September. In March of 1962 filming moved to Almeria and then to Morocco in July where on-location filming finally ended in August. Last scenes were shot in England. 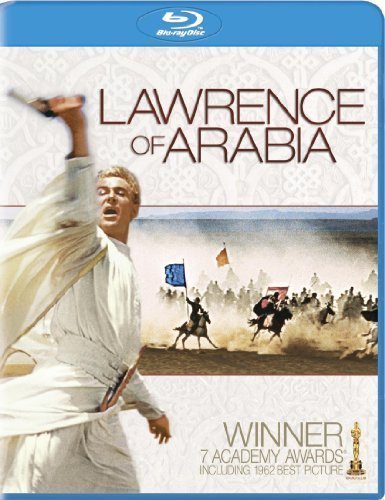 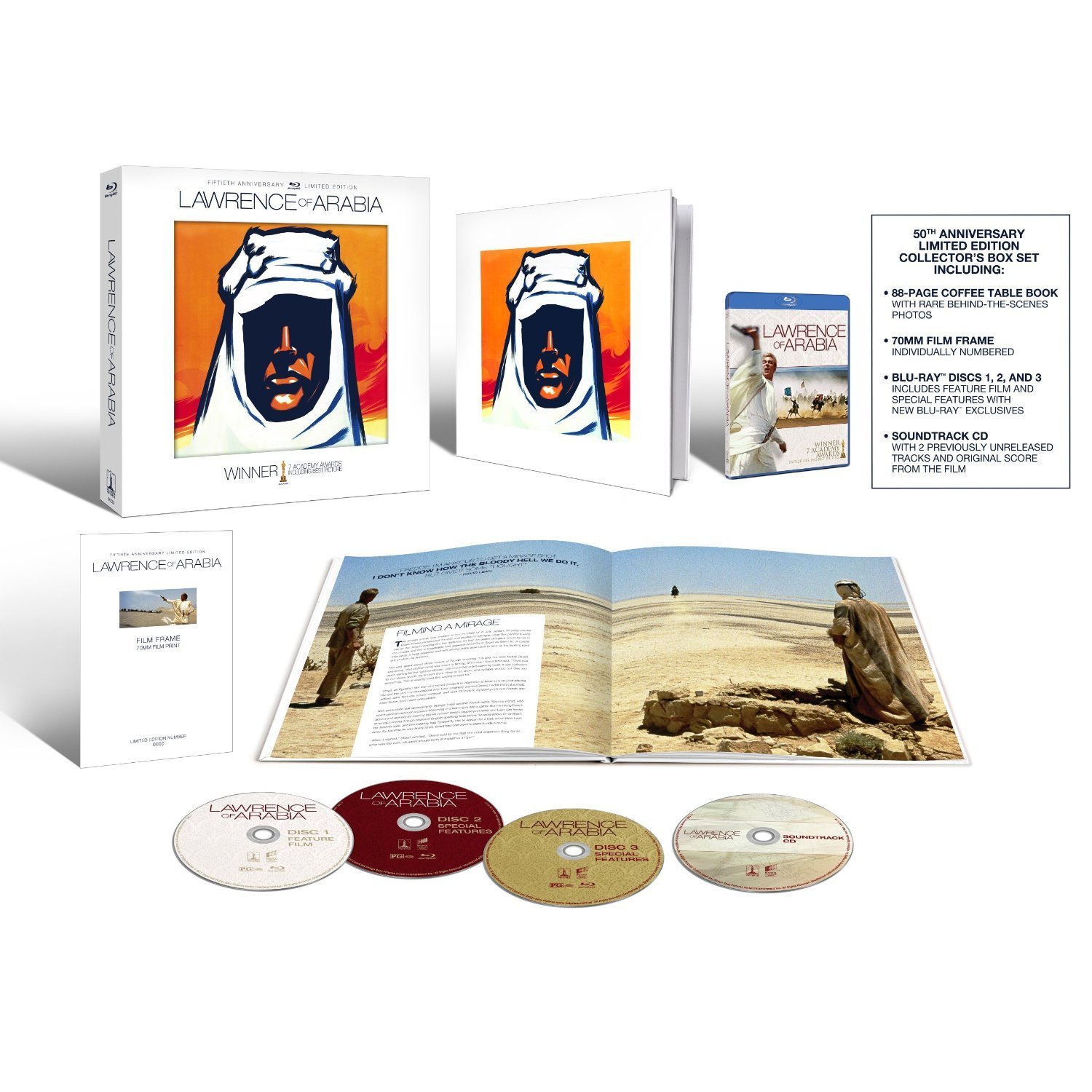 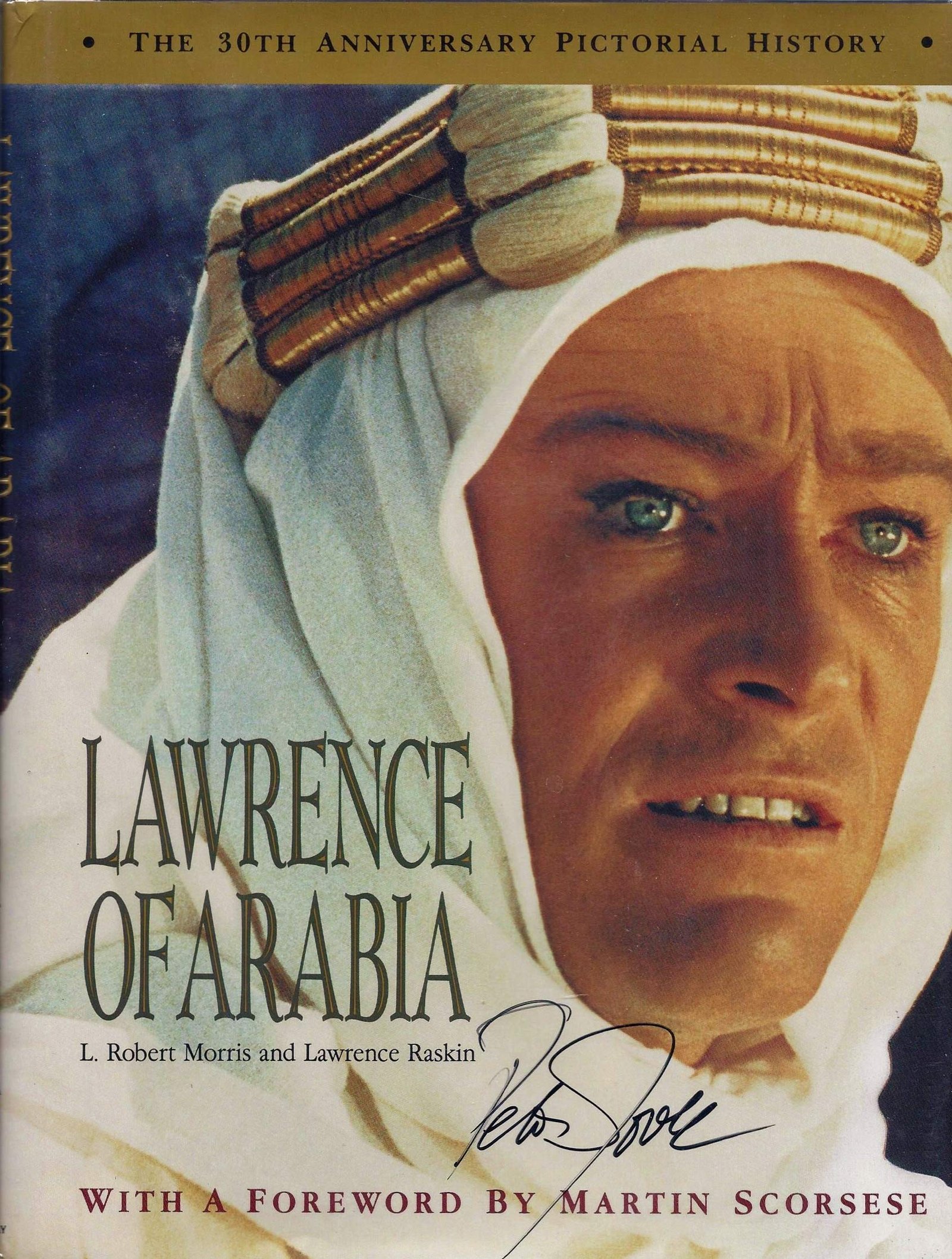 Specially compiled for the film's 30th anniversary, this volume provides, for the first time, an account of this film's remarkable genesis, artistry, and influence. 425 photographs, 75 in full-color. 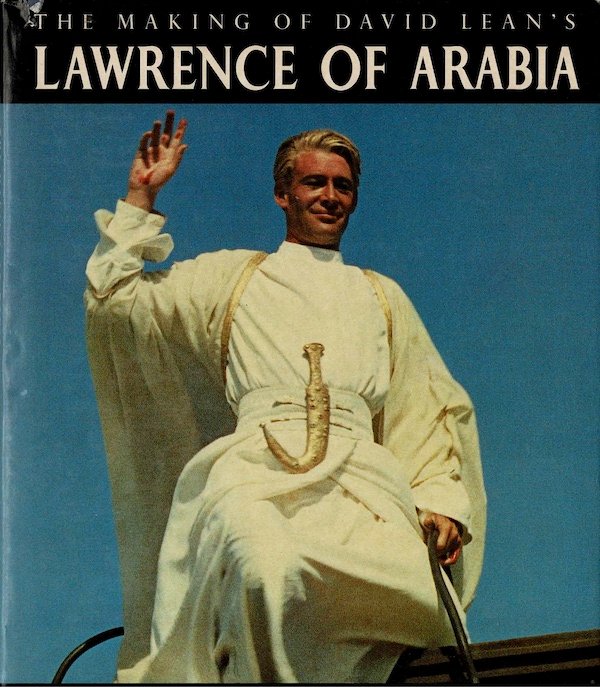 A definitive account of the film using Turner’s privileged position as a long-standing friend of David Lean’s.  Includes full-colour illustrations taken directly from a 70mm print, and extensive interviews with cast and crew. 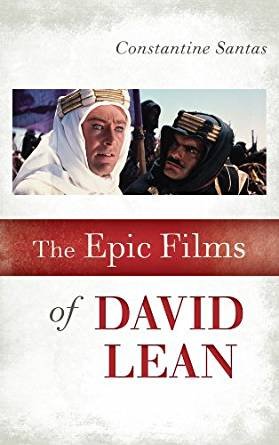 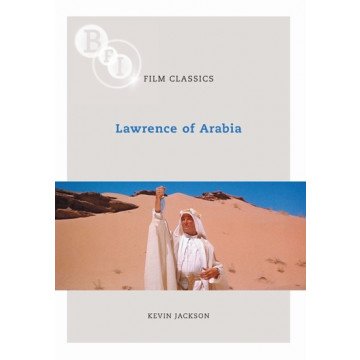 This study argues that the film is a unique blend of visionary image-making, narrative power, mythopoetic charm and psychological acuteness; far from being a Boy's Own Tale, it is one of popular cinema's greatest tragedies. This volume brings together a critical analysis of the film and an account of its tangled production history--combining these elements with the story of attempts by Alexander Korda and others to bring Lawrence's story to the screen. 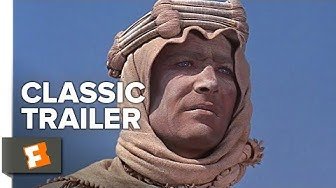 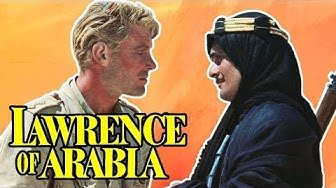 A video essay written, edited, and narrated by Tyler Knudsen about the production of “Lawrence of Arabia” and, in particular, the entrance of Sharif Ali. 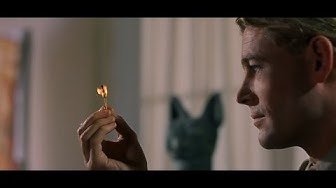 The Royal Ocean Film Society examines the work of David Lean and his unique ways of cutting picture and sound together to make transitions really shine.

Read David Lean's notes on the editing of Lawrence of Arabia following the film's premier. 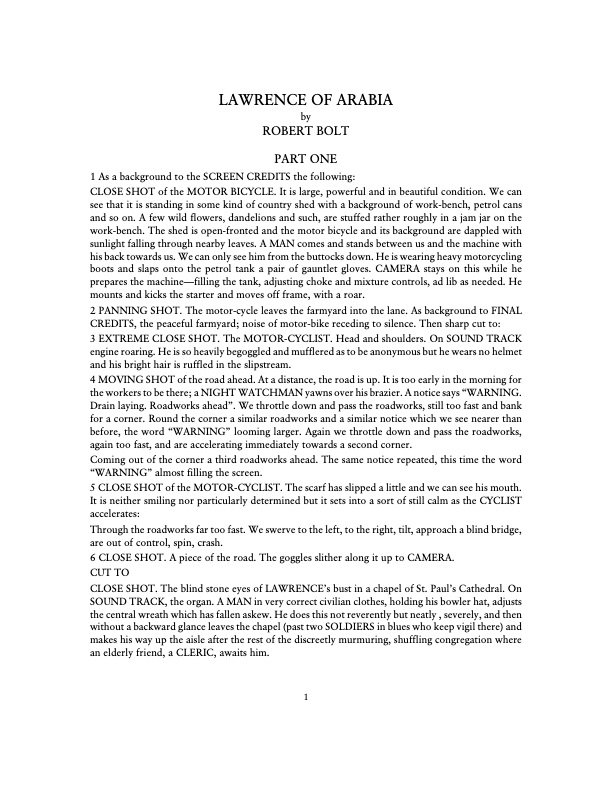 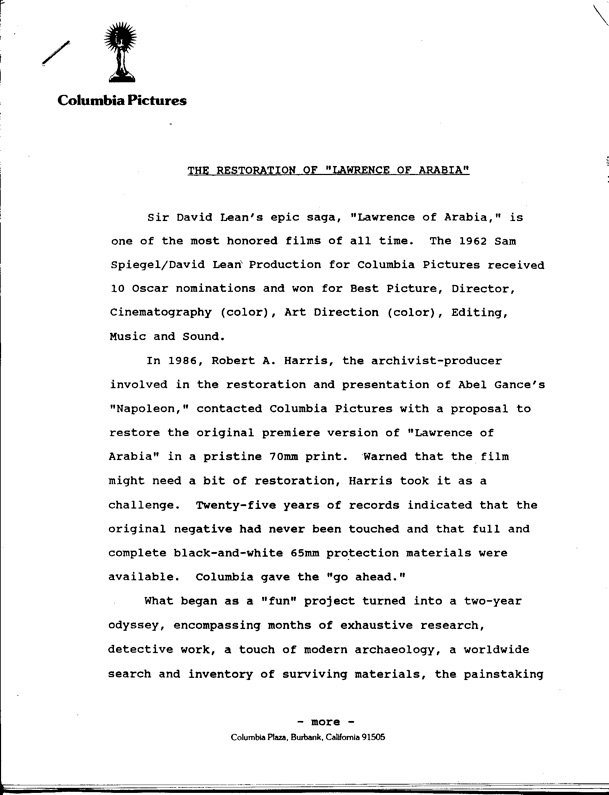 Columbia picture’s press kit for the re-release of Lawrence of Arabia after its restoration in 1988.

The story opens with the death of Thomas Edward Lawrence in a motorcycle crash. When a reporter asks questions at the memorial service at St. Paul's a flashback to the desert campaigns of the legendary figure begins. In 1916, Lawrence is a disgruntled young lieutenant with the British H.Q. staff in Cairo. Discontent with a desk job, he persuades Mr. Dryden of the Arab Bureau to let him seek out the Bedoin Chief, Prince Feisal, to check on the progress of the Arab Revolt. Lawrence suggest the possibility of helping Feisal unite the Arab tribes against their common enemy, the Turks, with whom the British are also at war.

Having received permission to try, Lawrence journeys to the desert. There his first encounter with tribal rivalries occurs when Sherif Ali, who is later to become one of Lawrence's strongest allies, shoots Lawrence's guide for drinking from a water-hole which belongs to Ali. With the help of Ali, Prince Feisal is convinced into allowing his own guerilla army to cooperate with the British.

Lawrence soon becomes a charismatic Leader to the Arab hordes. Sustaining the independent spirit of the Arab revolt, Lawrence leads a miraculous crossing of the Nefud Desert, making it Possible to capture the Turkish port of Aqaba. His is triumphantly proclaimed "El Aurens" by the Victorious Arab Warriors.

However, when Lawrence and Ali go on a scouting expedition into Deraa, which the Turks are holding, Lawrence is captured by the Turks, tortured and then released. This incidentbreaksthe illusion of invincibility which Lawrence has of himself and which the hero-worship of the Arab tribes has created. Again he is tempted to resign his command, but once again Allency sends him back to the desert.

Once more too, Lawrence becomes caught in tha aura of killing and cannot stop himself from leding the brutal massacre of a Turkish column. Having arrived in Damascus, the Arabs establish an Arab Council, which falls apart because of tribal divisions. After having chapioned Arab nationalism and having led the Arabs to victory in order to gain thier political independence from the British, Lawrence becomes dissilusioned when he discovers that the Arabs are being used by his own countrymen in various political maneuvers in the Middle East. He returns to England a hollow individual to let Feisal and Allenby come to terms.
________
Synopsis written by Louis Castelli, Ph.D from his book, David Lean: References and Resources.